There is a horrible cold feeling that comes over a parent when they see their child is writing their letters or numbers backwards.  The reason for this is simple: it has always been “out there” that letter reversals mean dyslexia, which is a “scary sounding thing that affects children’s learning.”  It can be comforting to know it is developmentally normal for children to write letters and numbers backwards.  We just don’t want it to persist for too long.  We explore when and if parents should be concerned about their child reversing letters and numbers when writing.  From there, we go on to look at letter reversal interventions and how you can help you child. 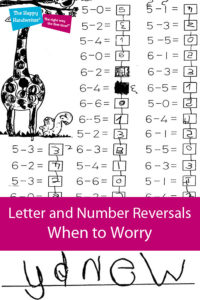 When is it normal for my child to be reversing letters and numbers when writing?

It is normal for pre-schoolers to write some letters and numbers backwards.  That is not to say that they aren’t going to go on to experience other difficulties but, for the most part, it is a normal developmental process.  They are busy learning and the foundations for correct orientation of letters and numbers are still developing.

It is also normal for a Grade 1 child to reverse certain letters and numbers.  b-d letter reversals are the most common.  But we don’t want to be seeing loads and loads of letter and number reversals that persist into Grade 2.  The occasional one is just fine, but we are concerned if there are many different ones that appear frequently throughout your child’s written work.

Left handers may take longer than their right-handed peers to consolidate their directionality.  Some left-handed children will start in the top right-hand-side of the page and write their name from the top right corner.  In this instance, it can be normal for your child to write letters backwards.  Even though this is normal in a pre-schooler, you are still going to need to assist your child to write their name correctly.

While reversing letters and numbers while writing is something dyslexics battle with, it does not necessarily mean a child will go on to battle with dyslexia if they are reversing.  Dyslexia is a specific reading and writing difficulty.

Why is my child reversing letters and numbers while writing?

Let’s look at some reasons why children reverse letters and numbers while writing, and then go on to look at when it is time to worry.  Being a handwriting site, the focus of this post is on the written reversals of both letter and numbers. 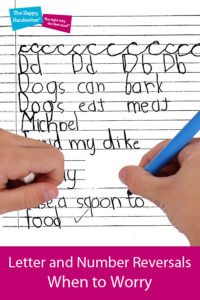 If your child is experiencing significant reversals, please do consider an evaluation with a developmental optometrist.  They are going to look not only at visual acuity, but at eye movements and how your child is tracking the letters as they read.  If your child has been referred to occupational therapy for letter reversals it would be a tragedy to spend time working on and addressing the foundations and output of letter reversals, only to find out way down the line that the problem was a visual one.  This really does need to be excluded early on.

Directionality is the ability of the child to work from left-to-right across the page.  In English, our children start on the left-hand-side and progress across to the right before going back to the left-hand-side to start the next line.  Directionality develops from the foundations of midline crossing, hand preference and left-right discrimination, or the ability to distinguish left from right on a body level. 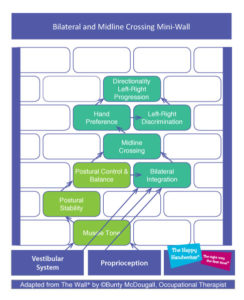 Well-consolidated directionality means the child works consistently from left-to-right across the page on two levels. The first is the macro level where they are traveling from the left side of the page to the right.

The second is on a micro level.  By this, I mean the direction that their pencil is travelling as they form their letters.  Your child could, while moving across the page on a macro level, still move their pencil  from right to left.  They could start their number 7 from a starting point and travel to the left before slanting down to the right.  This would result in their number 7 being reversed.  And this holds true for the other numbers as well.

Teaching strategies to avoid reversing letters and numbers when writing

Numbers in a boundary box

Teaching numbers in a boundary box with starting positions can be a useful teaching strategy. If the number is in a boundary box, with the exception of the 0 and 9, your child is going to have to leave the box to write their number backwards. The numbers like 6 and 4 may also have the possibility of being written backwards but less so. 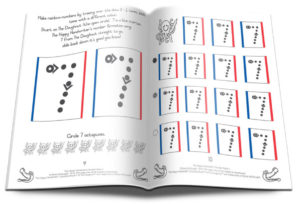 While letter and number reversals may be normal, we don’t want to go there.  If a child practises their letters in the reversed pattern for a protracted period, the motor maps for letter formation will become hard wired.  Using letter groupings can help your child to learn the right way the first time®!  Rather ensure they can build their handwriting house on firm bilateral, midline, hand preference, left-right discrimination, directionality, visual and spatial foundations.

We can use cues but that does not deal with the underlying problem.  You can put a green dot on the top left hand side of your child’s desk, and a red one on the top right.  However, it is preferable to work on the shaky foundations, alongside strategies to address the issues in the classroom setting.

I have tended not to be a fan of reversal worksheets that display some correctly orientated letters alongside some reversed images and requiring the child to circle the correctly orientated ones.  If your child is reversing their letters and numbers, I really don’t see the point of confusing them further by somehow suggesting that the reversed image exists!  I would only do this for letters like b,d, p and q that actually exist.  Instead, I prefer to work on training the left-to-right progression through activity.

Why does my child still reverse letters and numbers after going to OT?

Sometimes when we have addressed all the foundations our children continue to reverse their letters and numbers.  We can assess the sub-skills and find them all to be intact.  So why do our children continue to reverse letters and numbers after letter reversal interventions?  The reason for this is, as we have mentioned so many times before, when our children practise a letter in the incorrect formation pattern, the motor map in the brain becomes hardwired.  So, even though we have improved the foundations, the output of the written letter is still reversed as the motor map is established in the reversed position.  So, what do we do?

We have two options:

Numbers are another issue.  We don’t have cursive numbers!  We can’t use that strategy, so we need to use the multisensory approach and work on ensuring the new number form is established on the automatic level.

Colleen from the OT Toolbox has a guest post which explores the visual aspect of letter reversals.  Heather from Growning Hands-on Kids has some practical suggestions for addressing letter reversals.

In closing about reversing letters and numbers when writing 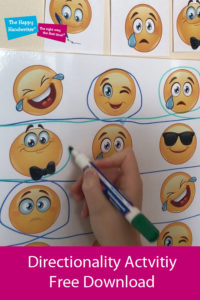 Get your Letter Reversal Interventions download by entering your details in the form below: 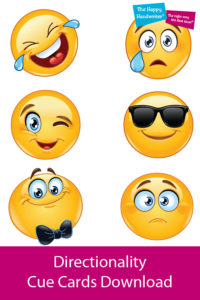 Get your Directionality Cue Cards download by entering your details in the form below:

Please refresh your page if your second sheet doesn’t download.

More About Reversing Letters and Numbers when Writing Foundations: 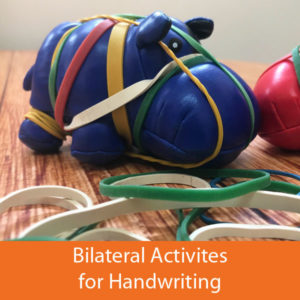 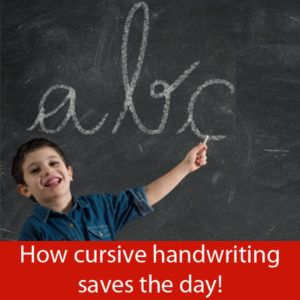 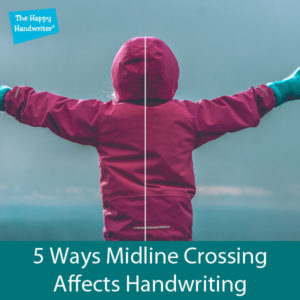 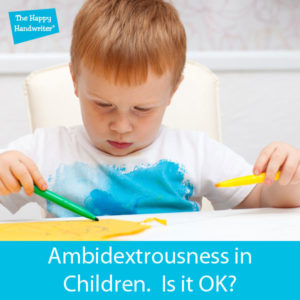 In the mood to shop for resources for letter reversal interventions and reversing letters and numbers when writing? 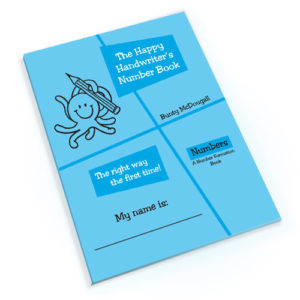 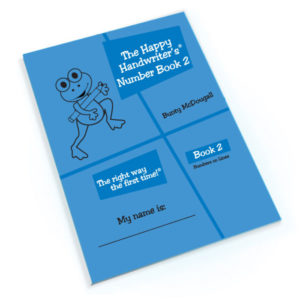 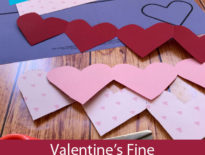 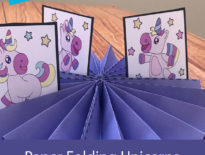