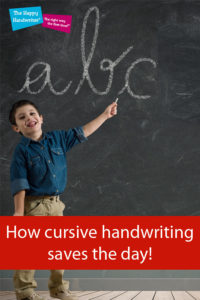 Traditionally children in this country first learned to print, and then transitioned to cursive handwriting in Grade 3.  And it wasn’t really for any reason other than tradition – it was just how things were done.  The CAPS Handwriting curriculum says cursive should be taught in the latter part of Grade 2.  With the advent of computers and keyboarding, along with so many other pressures on time in the classroom, many schools have done away with the teaching of cursive.  Some schools do continue to teach it, while others feel it has lived it useful life, and it is time to move on.

Why would we want to teach cursive handwriting and are there benefits to it?

Research has shown that mixed cursive – a personalised cursive with mostly cursive and the odd print letters thrown in, is faster.  The process of personalisation of cursive can only take place once it has been formally taught.  You cannot personalise a skill you have yet to learn.  However, not all research has supported that cursive handwriting is faster, and if the jury is out on that, why would we consider teaching it?

Benefits of cursive handwriting : researchers say it can make us smarter!

In a publication in Psychology Today in March 2013, William Klemm, Ph.D, professor of Neuroscience at Texas A&M University, published research which revealed that the act of writing in cursive develops what is called functional specialisation.  He defines this as the brain “integrating sensation, movement and thinking.”   He goes on to explain how brain imaging studies reveal that multiple areas of the brain become co-activated where the areas of the brain work together more efficiently – almost like a “super brain.”  It is not just that the mechanical process of handwriting that is faster, but it makes the brain more efficient.  And this was specific to cursive handwriting.

A benefit of cursive handwriting is that it can save the day when handwriting has gone wrong!

When we learn to write we lay down “motor maps” for letter formation in our brains.  We recruit from this bank of “motor maps” while we are writing.  If our handwriting is well-established we don’t even think about it – we just write, and the letters and their formations flow.  We look back on the page and the writing is just there, without us having considered the actual mechanical process of producing it.

Sometimes when children are learning to write, the foundational skills for handwriting may be weak in some area.  They may have a spatial perceptual difficulty which causes confusion for them in distinguishing between the letter b and d; or they may have a fine motor problem which causes them to have very poor control over the pencil, so their letters are poorly formed and their handwriting is untidy.  These children practise these letter forms over and over again.  And they do it in a poorly controlled manner.  Eventually what happens is that these poorly formed and untidy letter patterns become hardwired in the brain.  And they become hardwired in the “untidy” pattern.  The result is that the quality of their handwriting is poor.  The legibility is questionable, and their handwriting is difficult to read.

It is hard to change established patterns of handwriting

We know it is difficult to change handwriting patterns once they have been formed.  This is because we not only have to lay down the new “motor maps”, we have to “unlearn” the old ones.  And the only way to “unlearn” them is not to use them.  It is a little like learning to ride a bicycle.  If you haven’t ridden a bike for years, you are going to wobble a bit when you get back on.  It’s not like you have to learn all over again – with a bit of practice you will find yourself riding like you never took a break.  That is because the motor patterns are there, stored in the brain.  You never really lose them – they just get rusty.  And that is the thing with these hardwired “untidy” motor maps.  They are always there.  And as much as you improve the foundation skills like poor pencil control so the child is able to form the letter neatly and legibly, the old “motor map” is still there, hiding away in the recesses of the brain.

So, while your child is focusing conscious attention on forming their letters neatly, they are able to do it.  But as soon as they are back in the classroom and having to focus on writing down their words in the spelling test, they will usually revert to the old patterns.  Simply because those patterns were well-used and well-established.

This is where cursive handwriting can save the day

If your child has started by learning print or Nelson or any other handwriting style, we choose a new handwriting style for them.  I am a fan of cursive handwriting and am sad that it seems to be being used less and less.  However, the one benefit for me, is that for most children who are struggling with handwriting, it can be their “new” handwriting style.

We start over with a whole new set of “motor maps”.  They are completely different to the old ones, and so once a new automatic handwriting style has been established, there is less chance that they are going to recruit the old patterns when they are under pressure.  This is one of the secret benefits of cursive handwriting.

Where our children who are struggling with letter reversals into Grade 2, cursive handwriting can be manna from heaven.  Sometimes shaky spatial or directionality foundations have resulted in letter reversals.  Your child may have gone to OT to work on developing these foundations.  And your child’s OT may say these issues have resolved but yet, your child continues to reverse these letters.  This is often because when they first started and they were experiencing foundational difficulties, they reversed their letters.  As we discussed above, this meant that they practised and developed the “motor maps” for these letters in the reversed patterns.  And even once those foundational difficulties have been remediated, those old “motor maps” remain hardwired in the reversed patterns.  This is where the benefits of cursive handwriting can come in.  We can leave behind all those old “motor maps” in their reversed patterns, and start over with a new handwriting style.  A whole new set of “motor maps”.  In addition, because it is a linked-up script, it does not allow for reversed letters – it takes a lot of skill to reverse a letter when it is linked up in the midst of a word written in cursive!

How do we introduce a new handwriting style?

What is the biggest mistake you can make with transitioning to a new handwriting style?

This mistake would be to allow the child to use the new handwriting style in the classroom before they have established it on an automatic level.  If they have not achieved the required level of automaticity before using it in the classroom, they are going to make up letters, and use incorrect formation patterns.  Then we have lost the one chance we had to start over.  And then we lose the benefits of cursive handwriting.

If we are going to teach cursive handwriting – we must teach it so it sticks.  It needs to be done properly so our children can achieve an automatic cursive handwriting script.  So again, they will be able to focus on WHAT to write, not HOW to write. 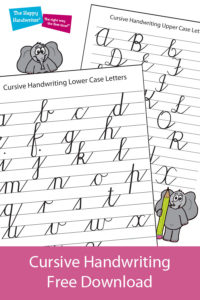 Get your free copy of “Cursive Handwriting Letters” by entering your details in the form below: 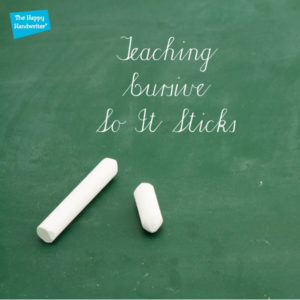 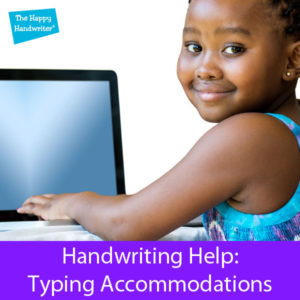 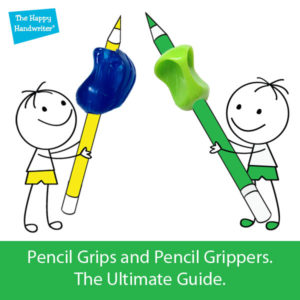 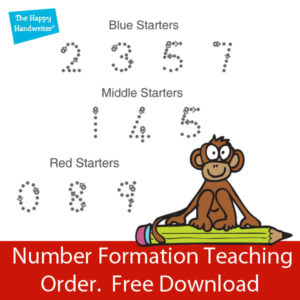 The Benefits of Cursive H… 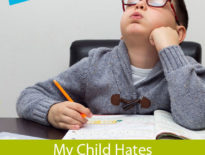 General News My Child Hates Handwriting: 5 Reasons Why They May… 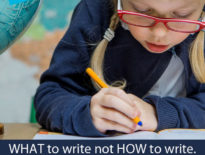 General News Automaticity in Handwriting. WHAT to write not HO…